This summer we may have seen the largest ever Coccolithophore bloom recorded off the coast of Scilly.

According to NEODAAS (NERC Earth Observation Data Acquisition and Analysis Service) researchers based at Plymouth Marine Laboratory (PML) they were big enough to be spotted in space.

To read more about the Coccolithophore bloom in June check out: The Isle of Scilly Wildlife Trust blog post.

“Satellite data provides a unique overview of Coccolithophores blooms. Regularly downloading and processing satellite data as part of the NEODAAS service meant we were able to keep scientists and the general public informed about the extent of this bloom, which was particularly useful for scientists at PML who were collecting samples”, Dan Clewley, Scientist at NEODAAS. 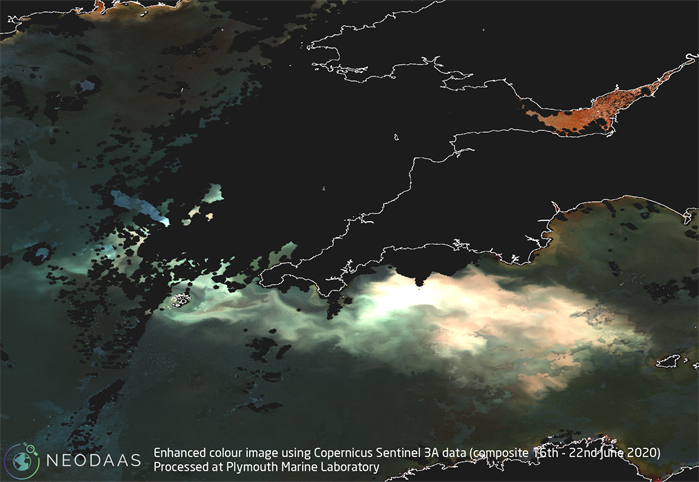 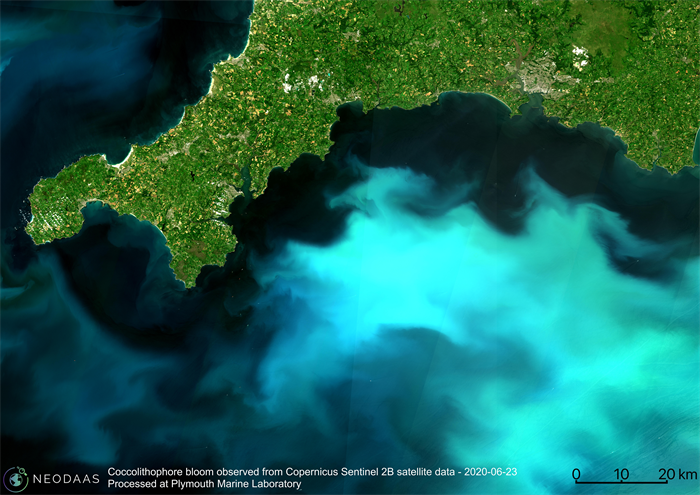